Image advertising of the autumn 2012 collection for the store "Matryoshka" was held in a hurry, but productively. Initially, the customer asked us to shoot some beautiful images for boards and shop windows. But later everything grew into something more than just beautiful photos. According to the customer, he has already worked with many photographers in Odessa, but the result did not quite suit him, so he turned to us with a request to do something interesting, with an idea. We took this project on a turnkey basis. After conferring, we decided to take a series of photographs, where the main plot will revolve around the matryoshka itself. The message was that everyone wants to get clothes from "Matryoshka" and go to different deeds for her. In our case, two heroes (Denis and Vlada) kidnap a matryoshka doll and take it away in their luxurious yellow car. In the future, these photographs were used for outdoor and print advertising, as well as window dressing in Odessa and Kiev. 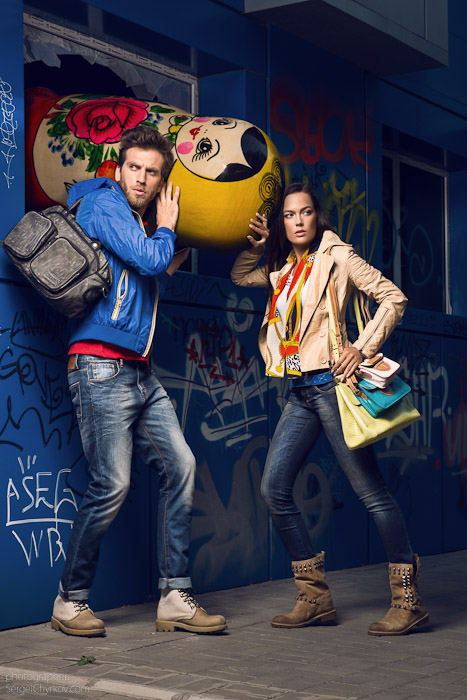 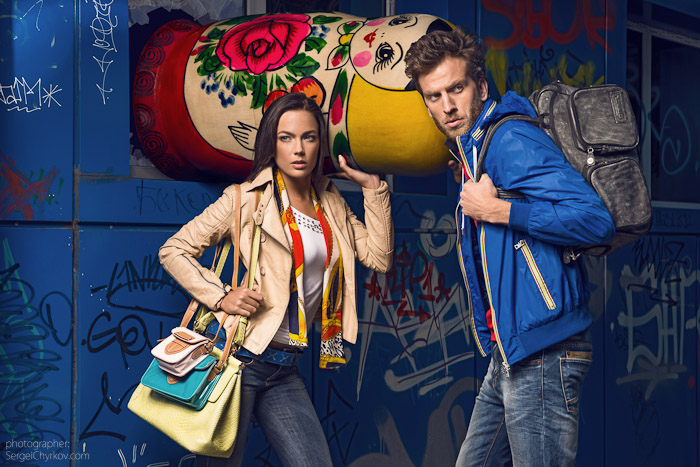 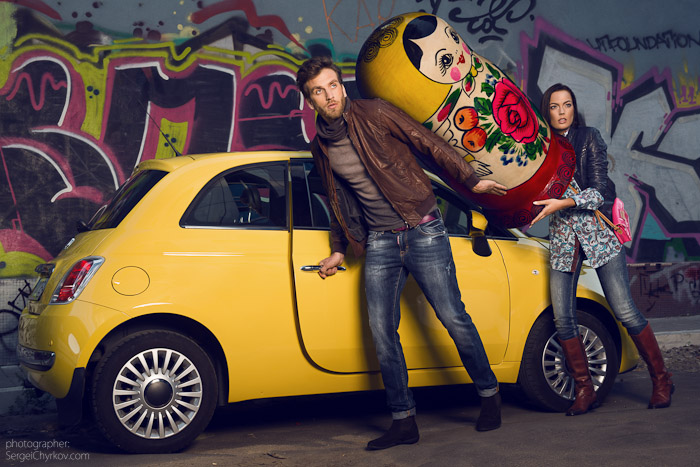 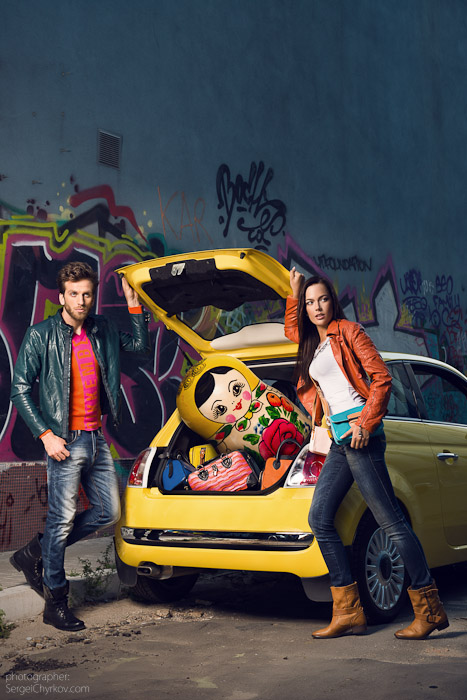 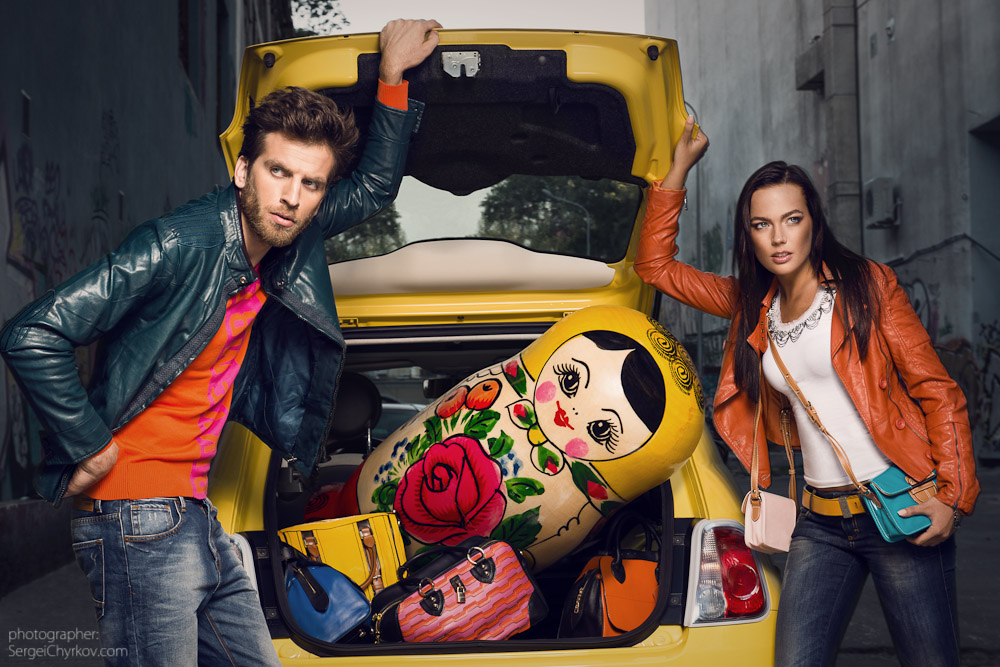 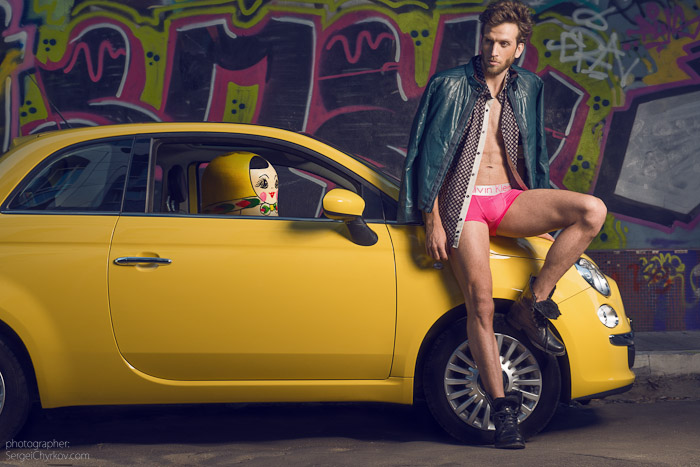 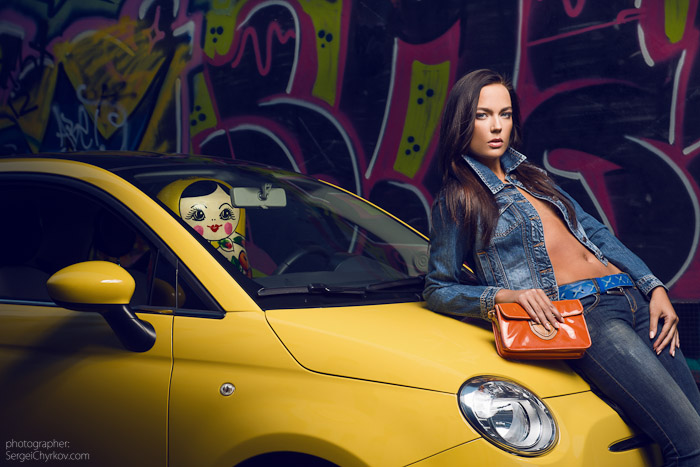 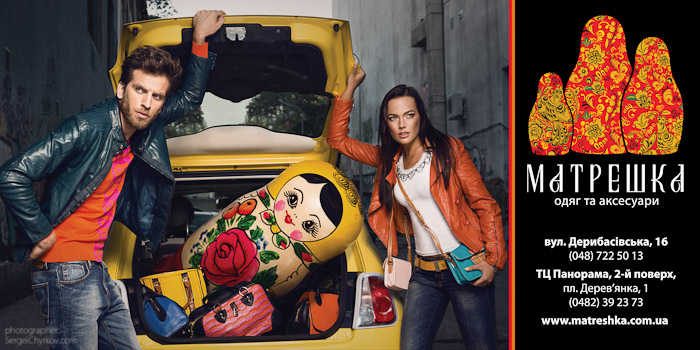 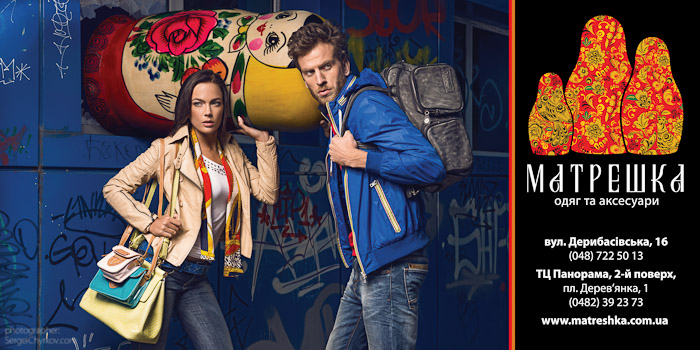 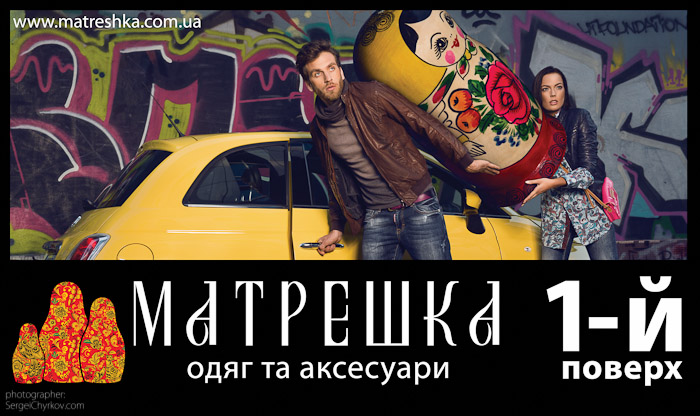 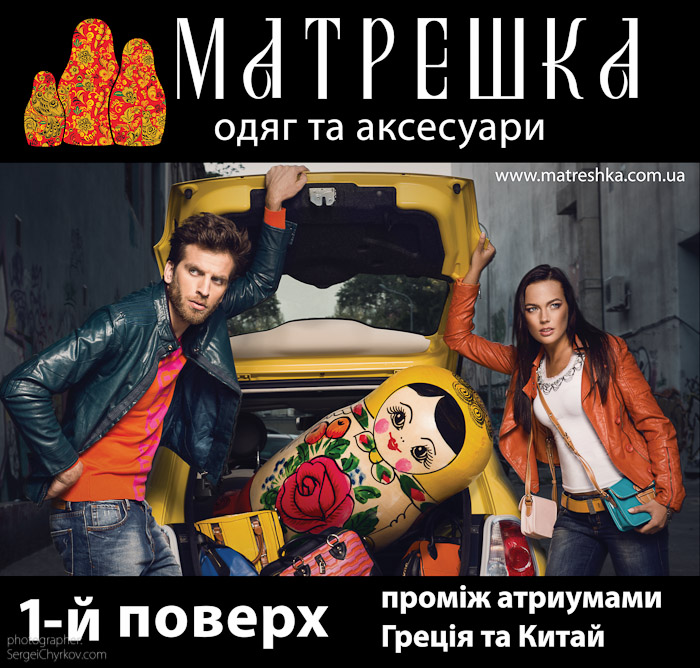