Having moved to live in the USA, Dmitry opened a children's football academy.

The task of the studio was to create a website to popularize the academy in Miami, attract new students and the possibility of signing up for training and buying season tickets online.

Taking into account the young age of the players, it was decided to design the site in the style of children's comics. All illustrations were drawn by hand. 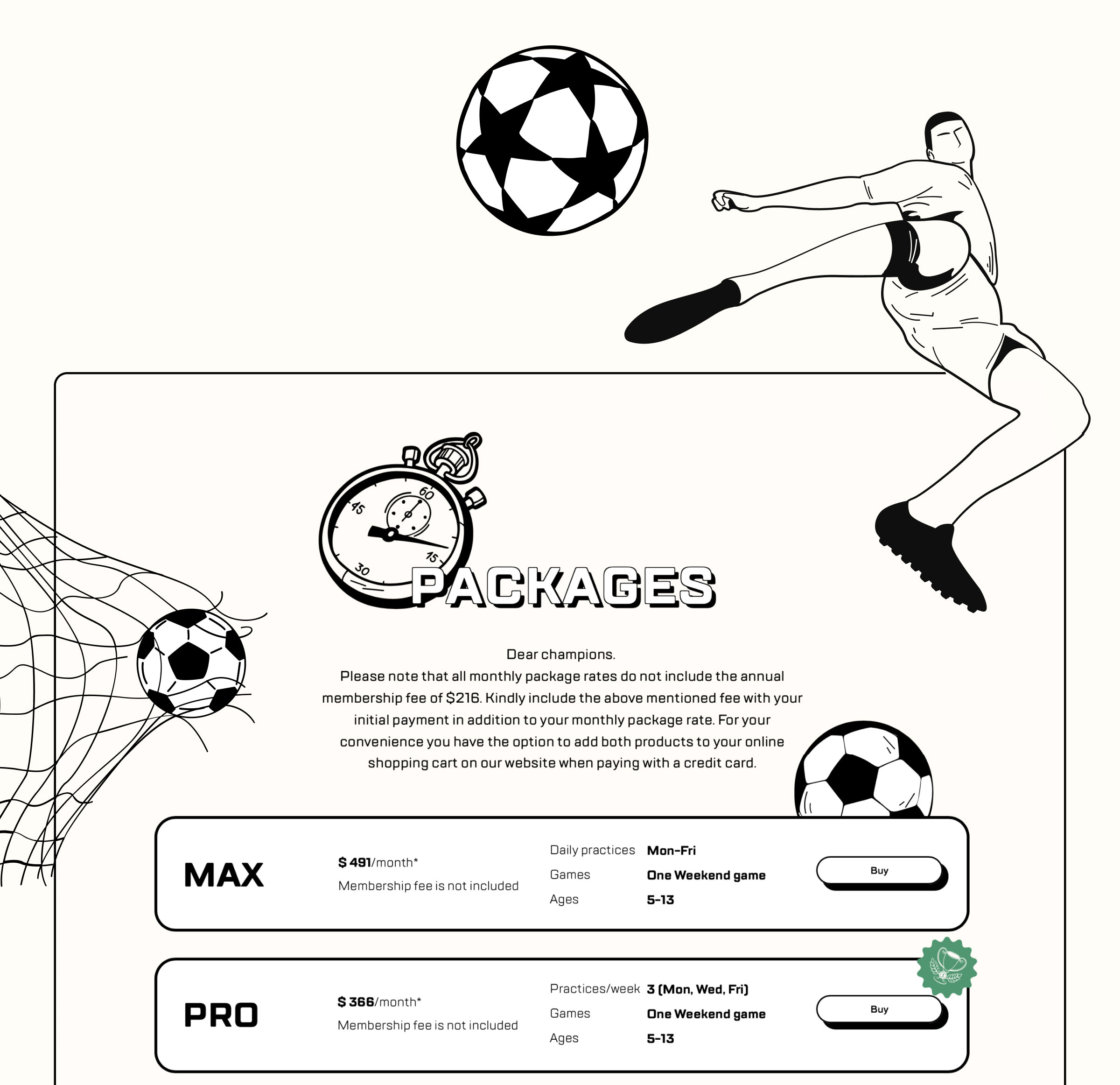 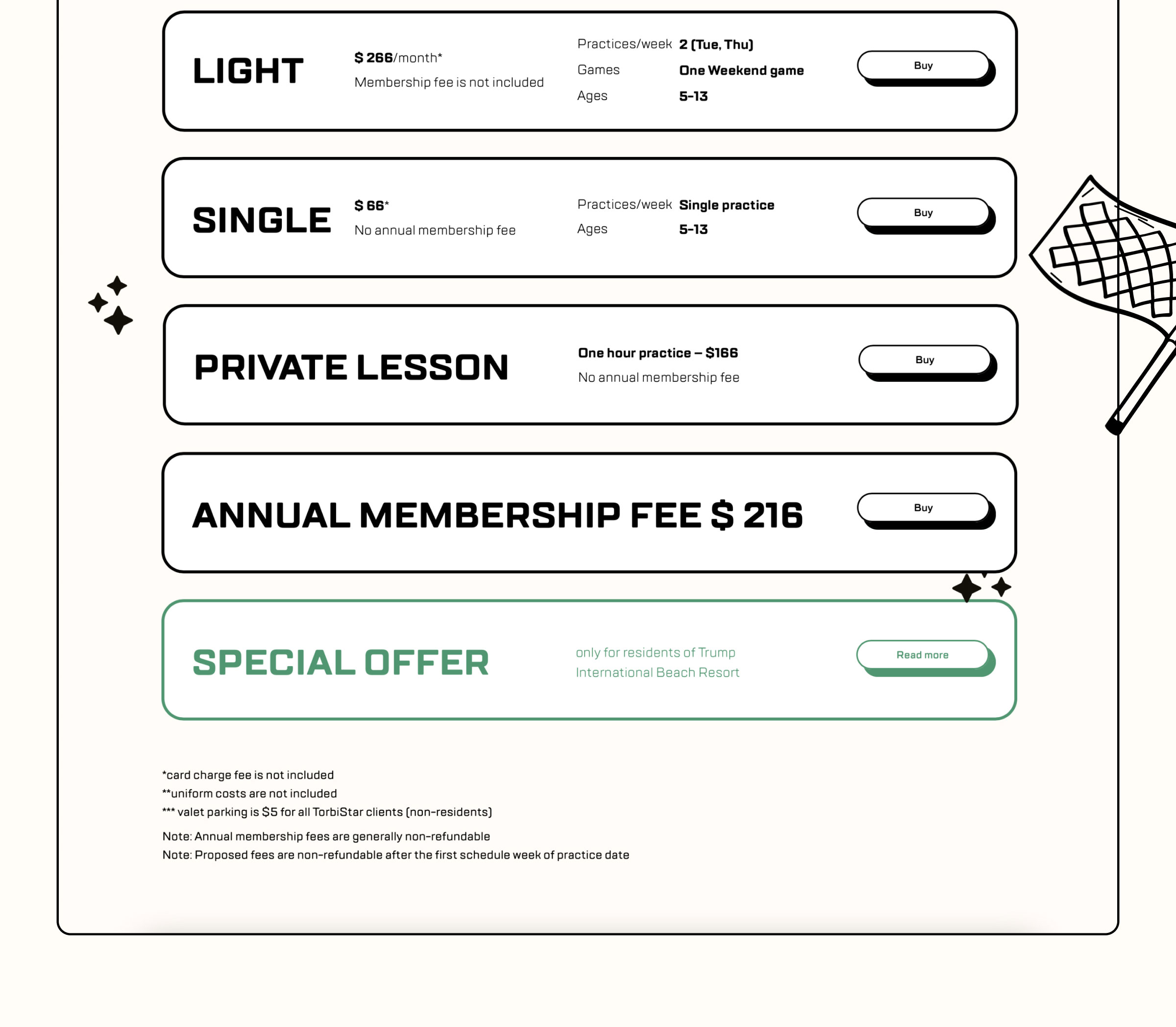 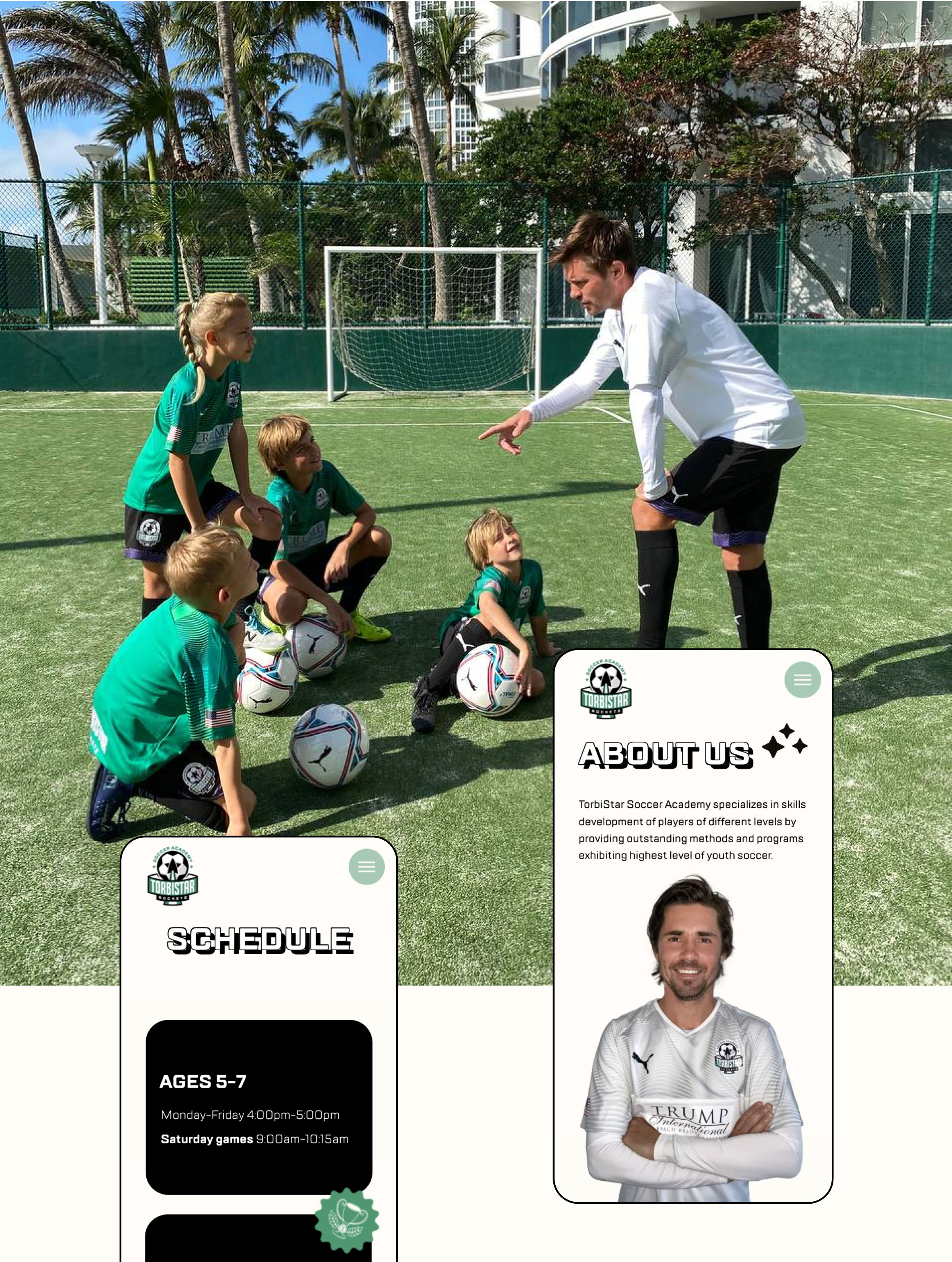 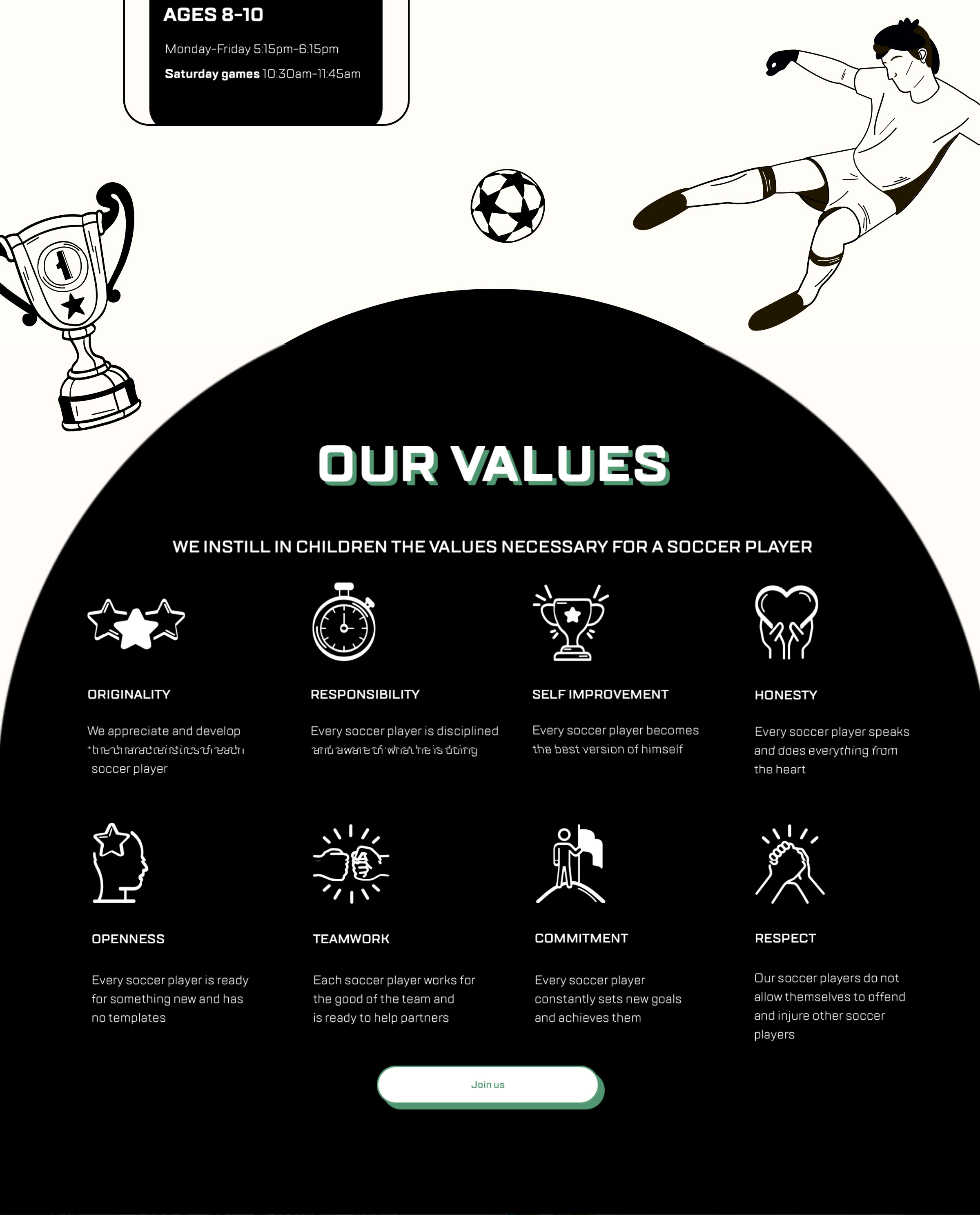 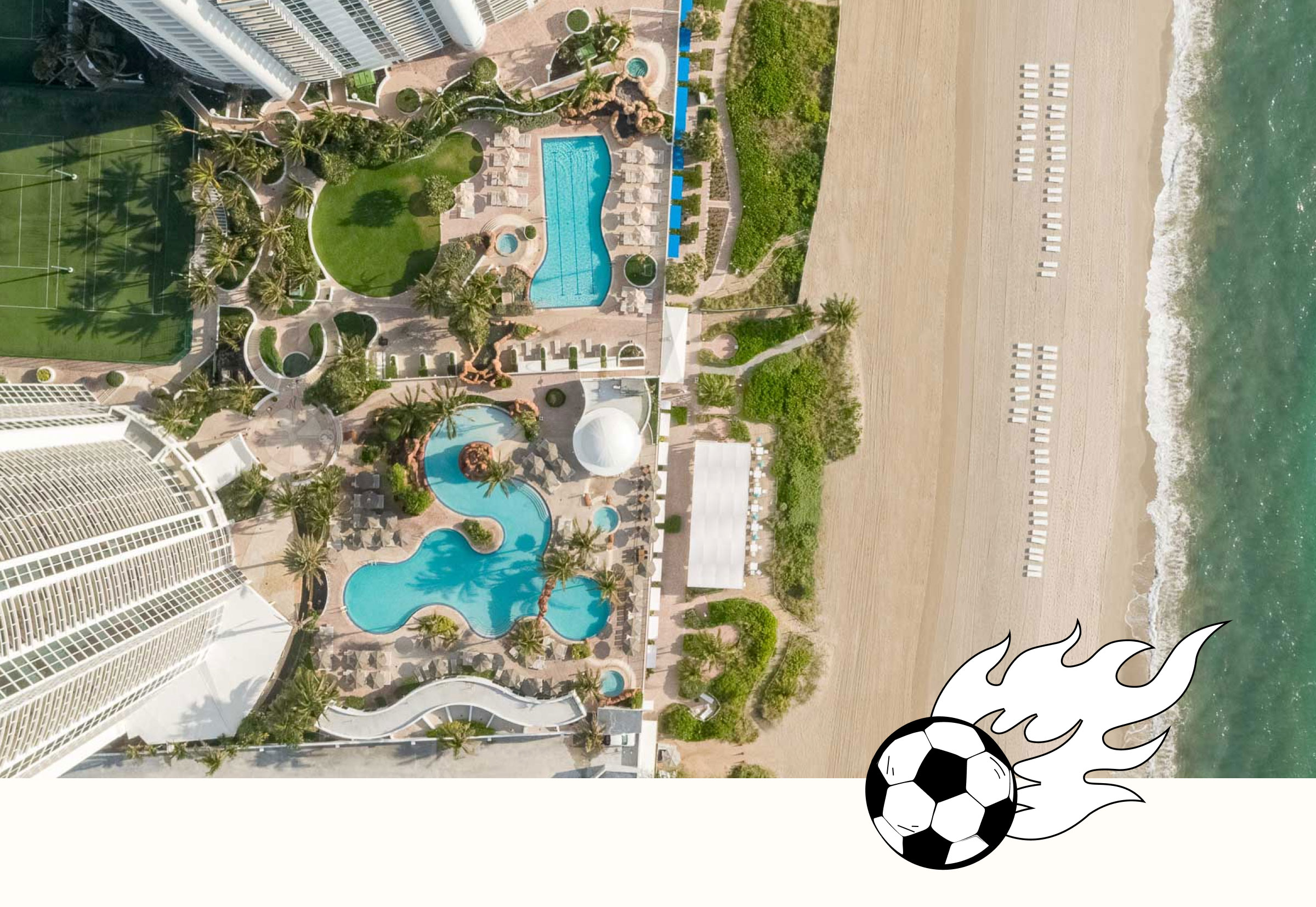 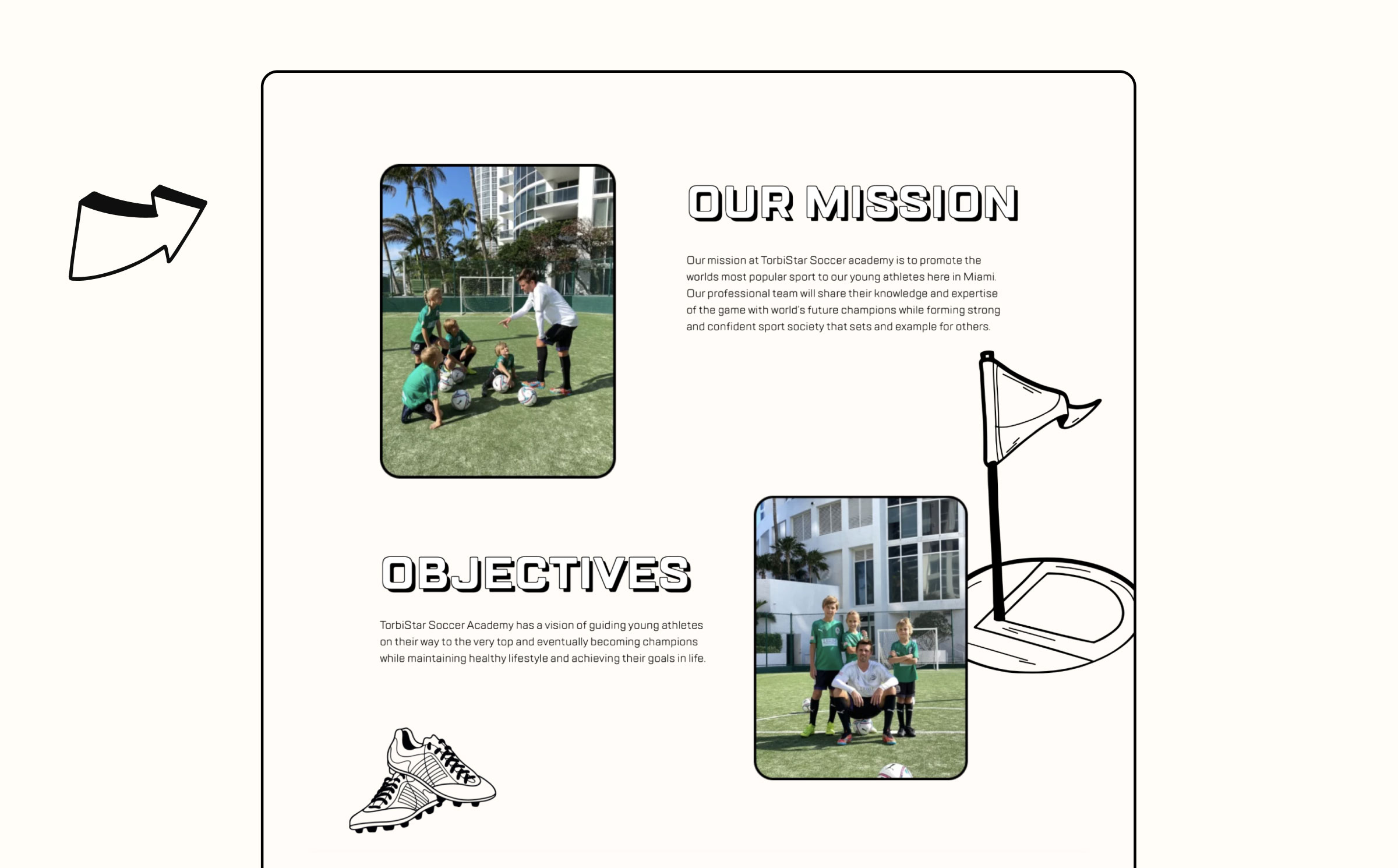 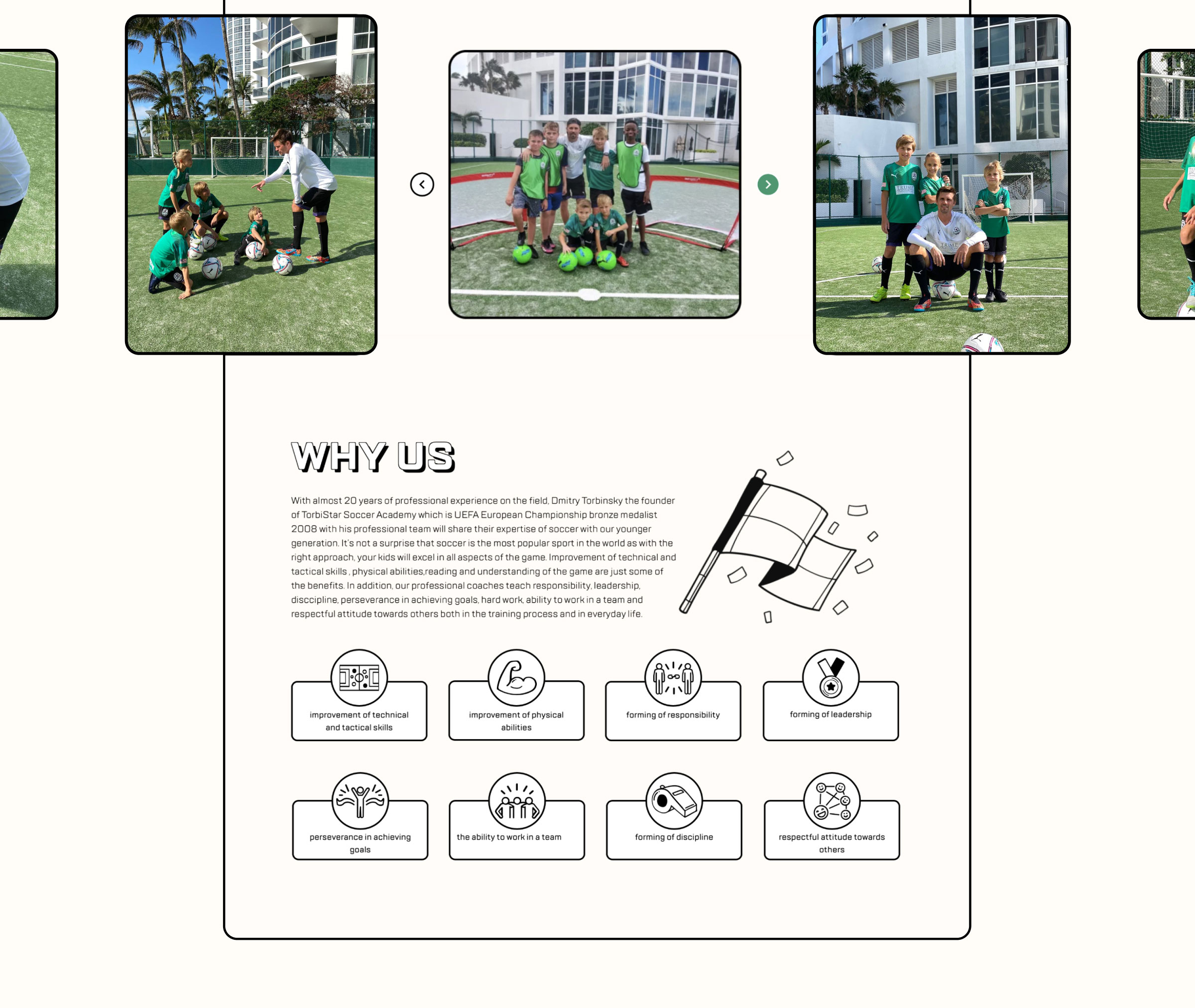 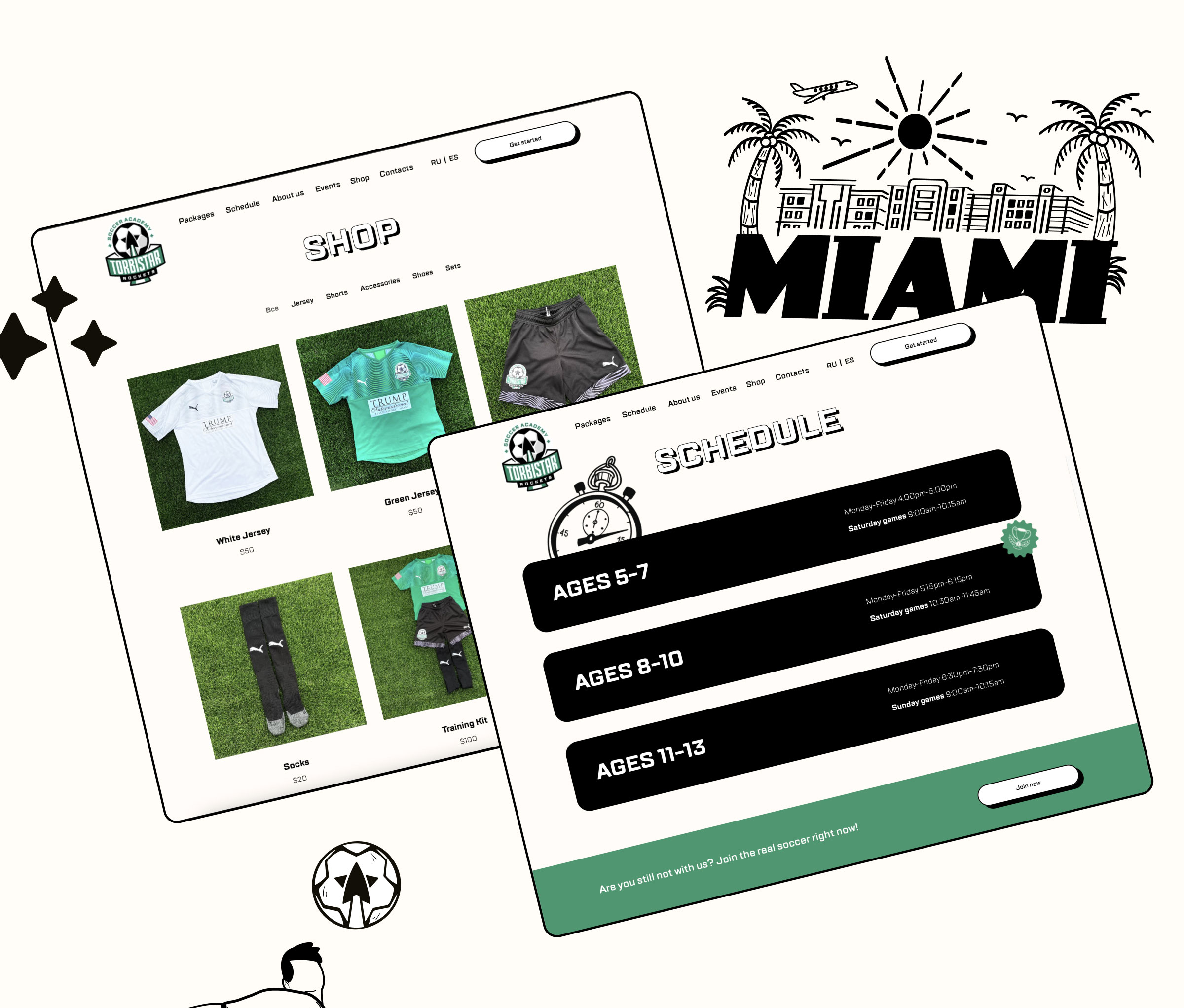 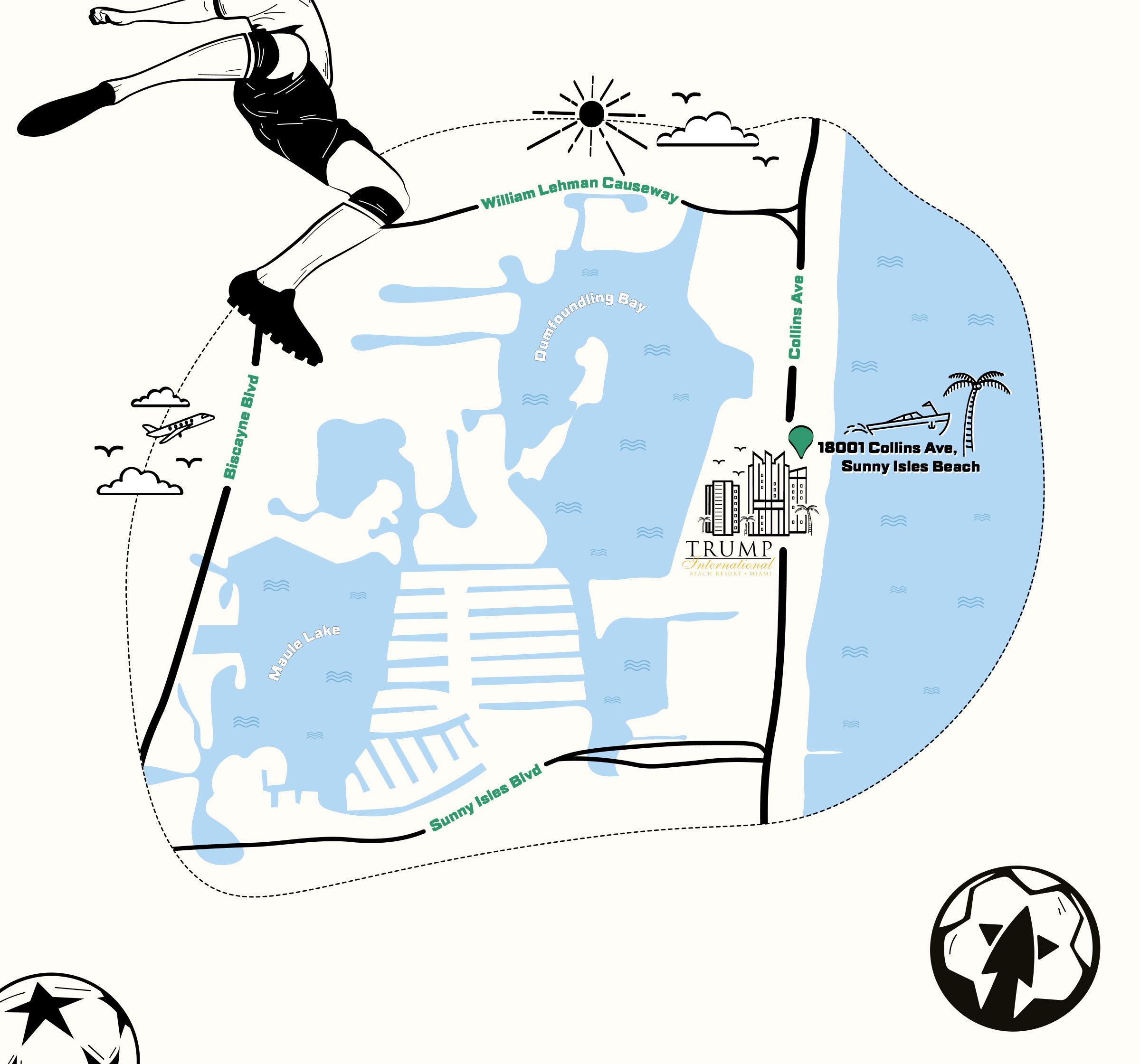