The Deep Mine game is an NFT strategy in the spirit of the sci-fi metaverse, implemented on the basis of the WAX, EOS blockchain technology.

CHYRKOV studio developed a logo and corporate identity for Deep Mine company. The emblem of the logo is an arch-entrance to the mine, as well as a miner's pickaxe. The vertical lines represent the mines that players "break through" to reach the core of the earth. The logo is proposed to be used in three versions: flat vector, three-dimensional stone and metal.

As part of the project, cases and main NFT cards that users collect to complete the game were drawn. Cards convey the atmosphere of the game and have different degrees of rarity. Cards differ in complexity of illustrations and animations depending on their rarity. 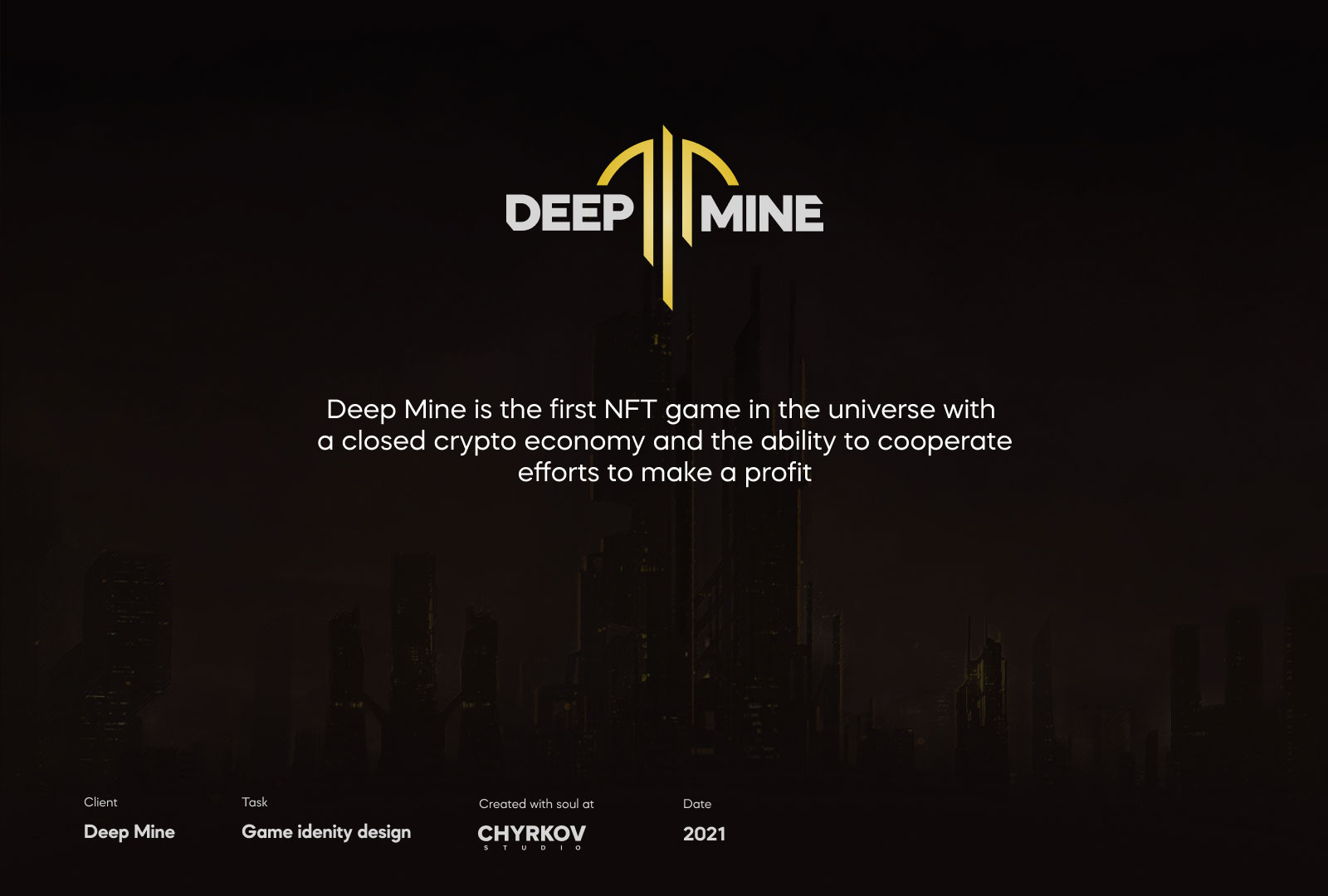 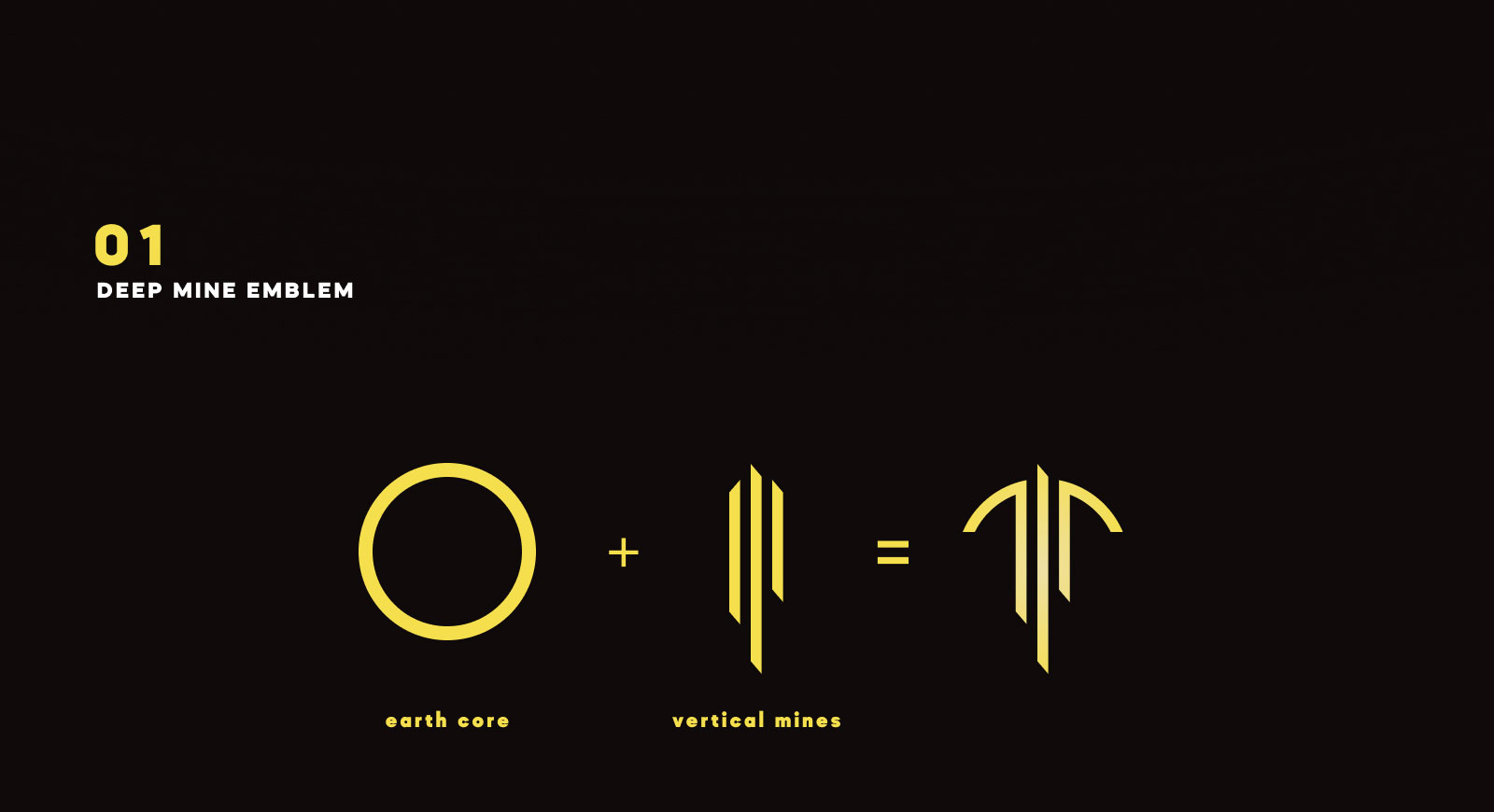 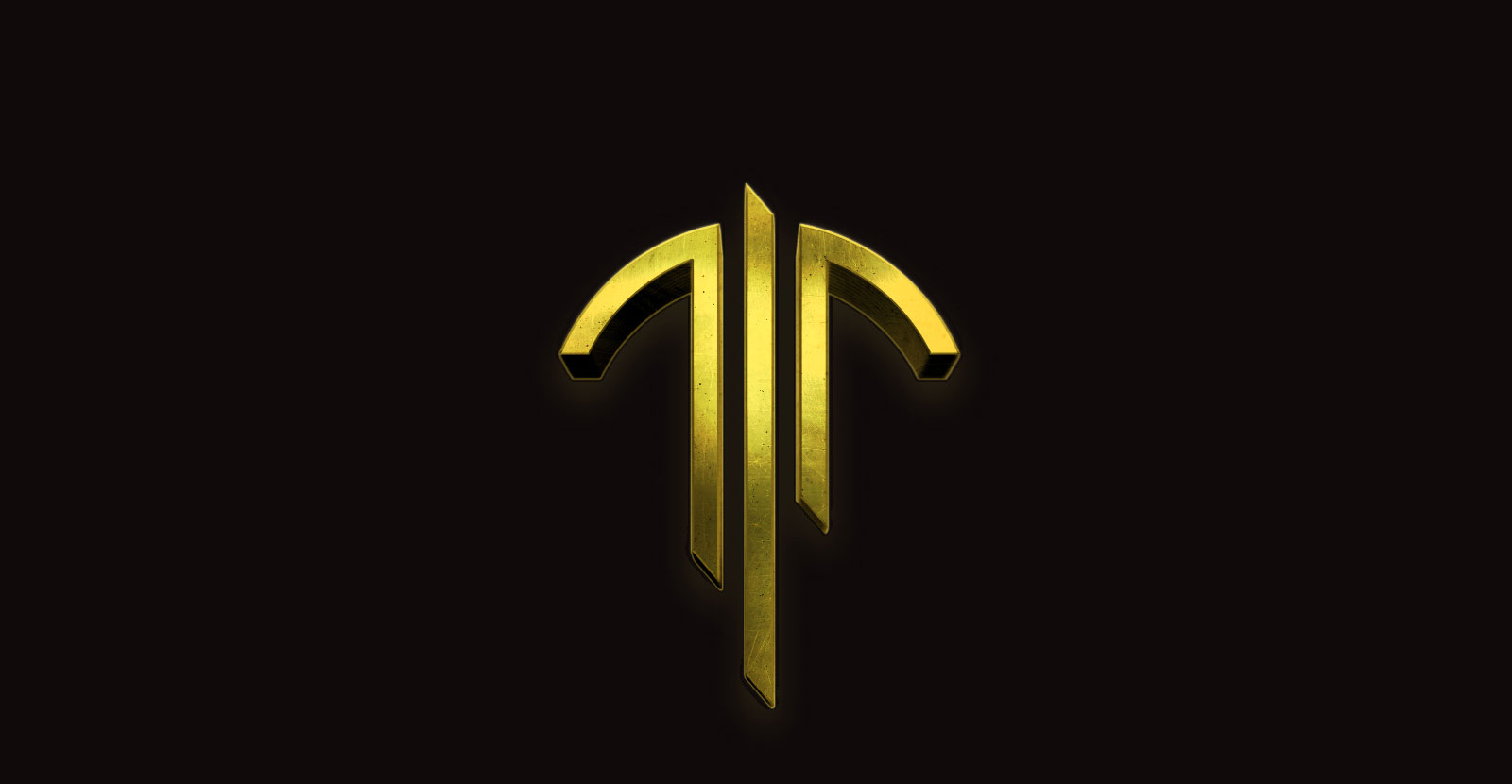 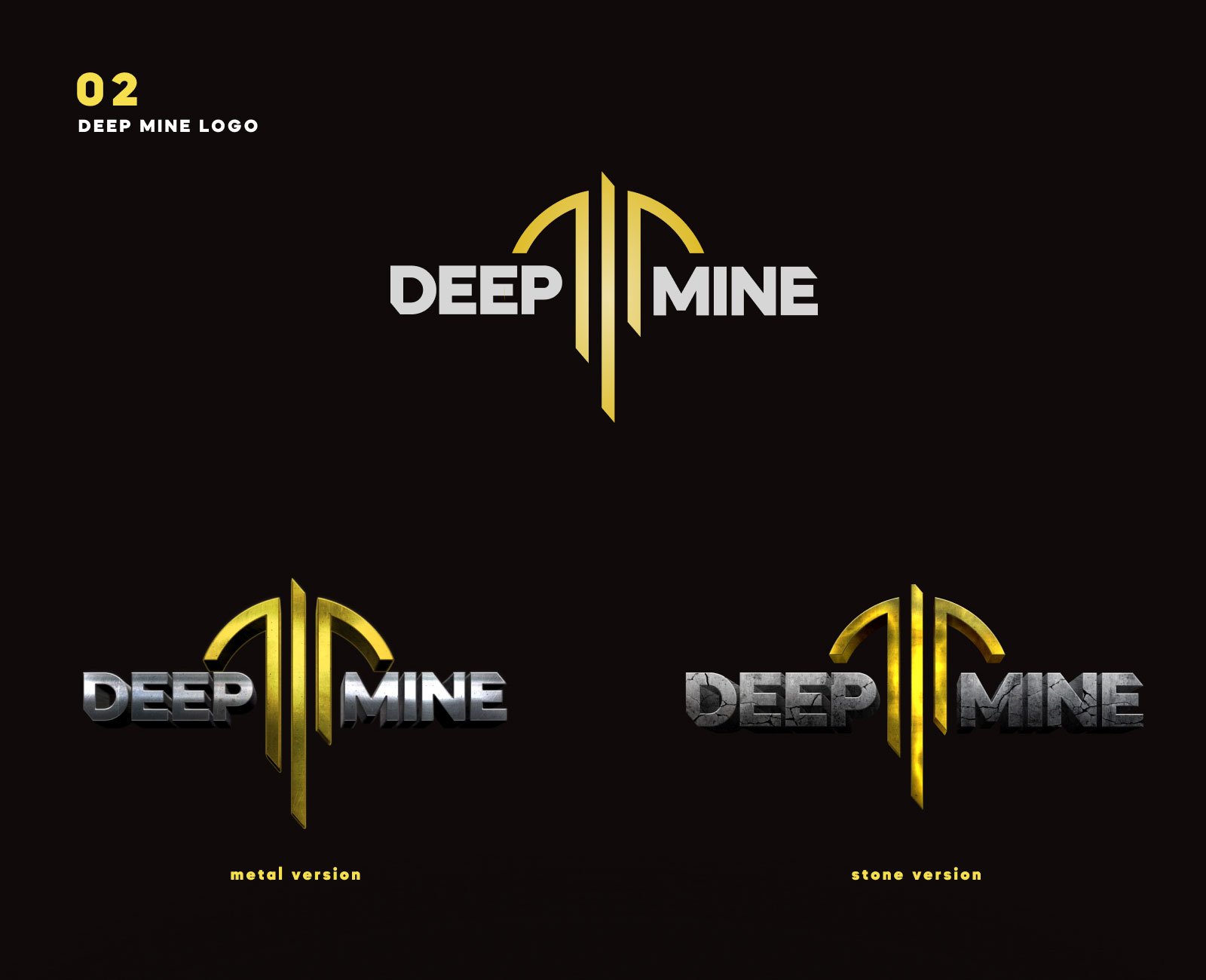 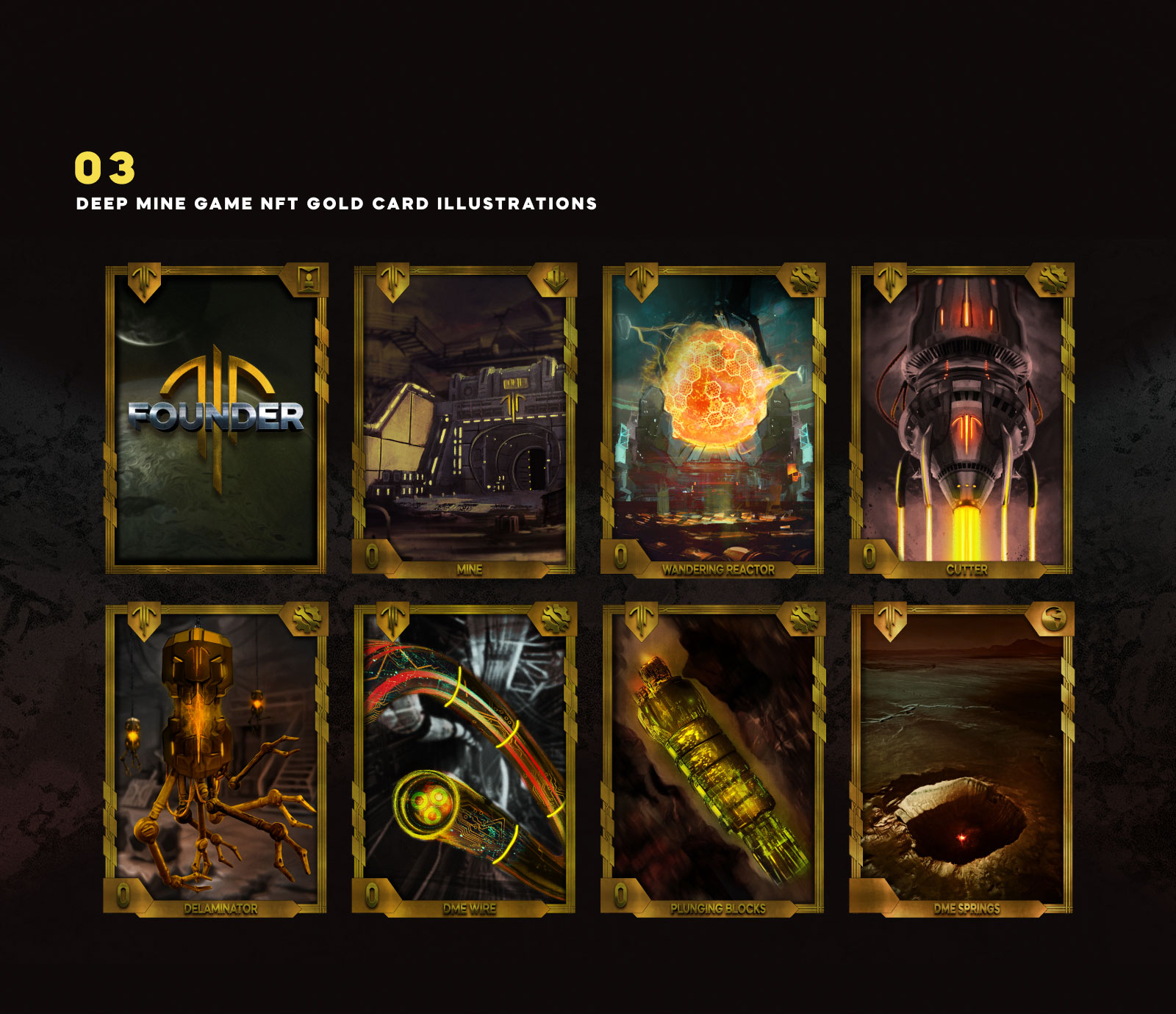 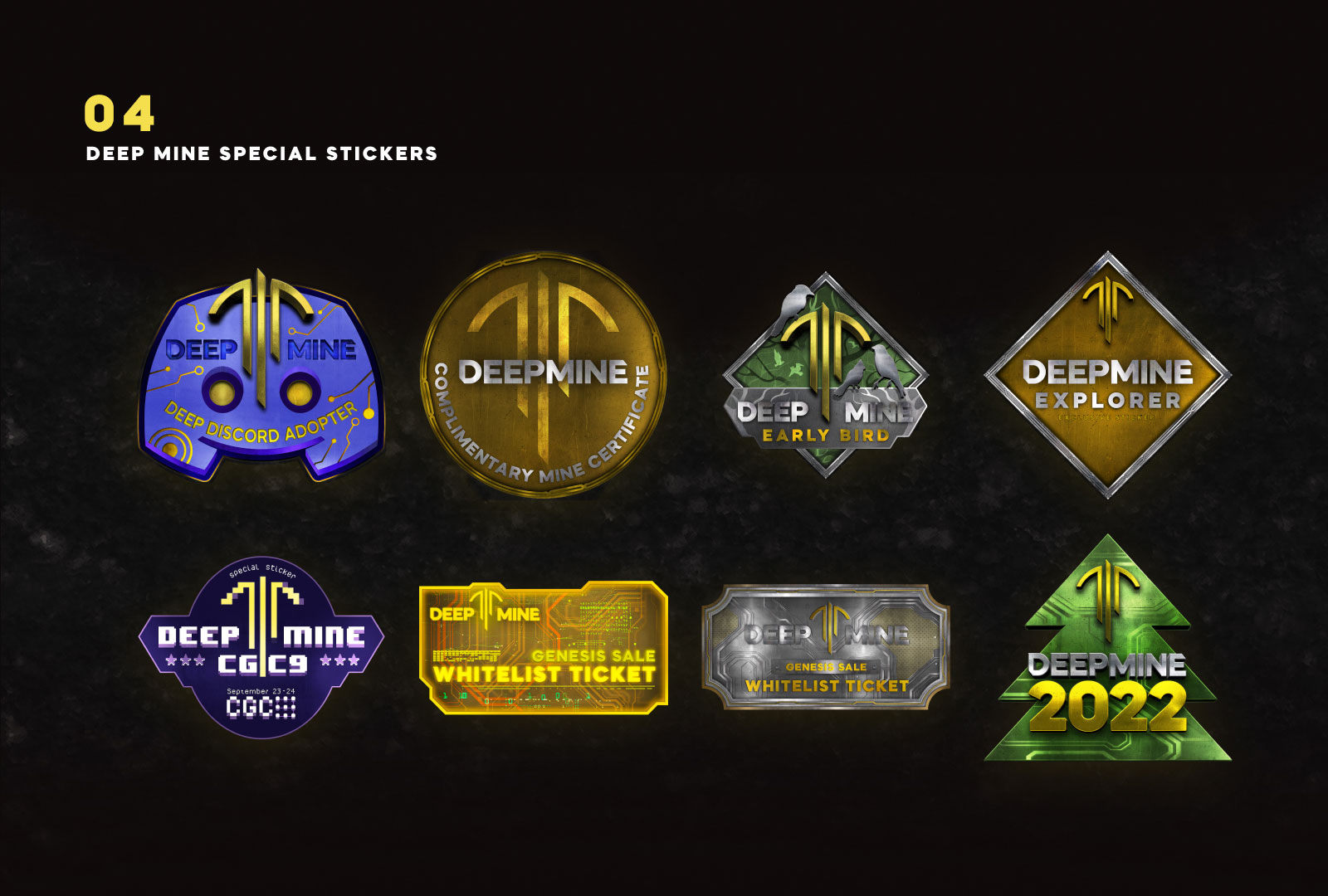 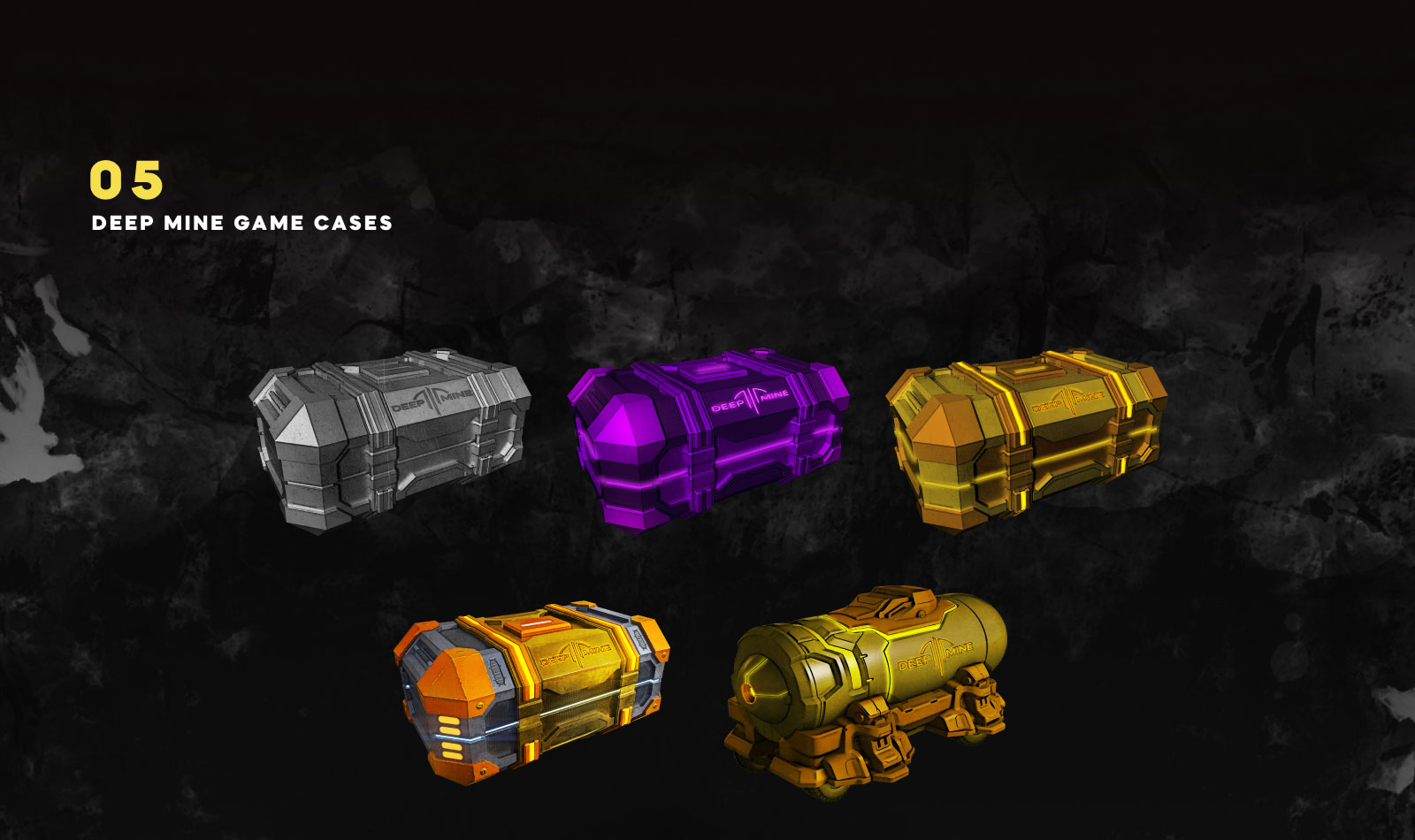 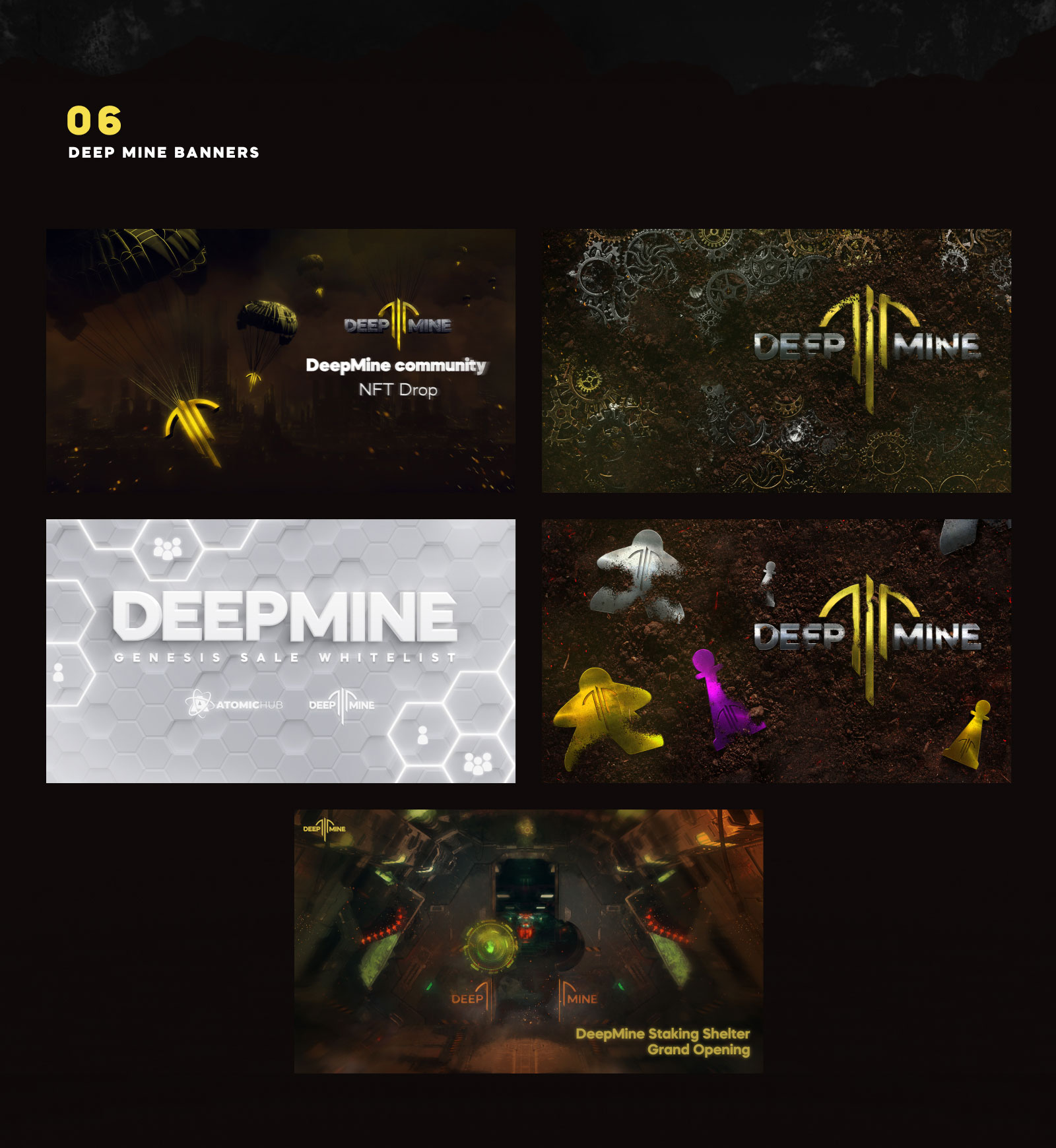 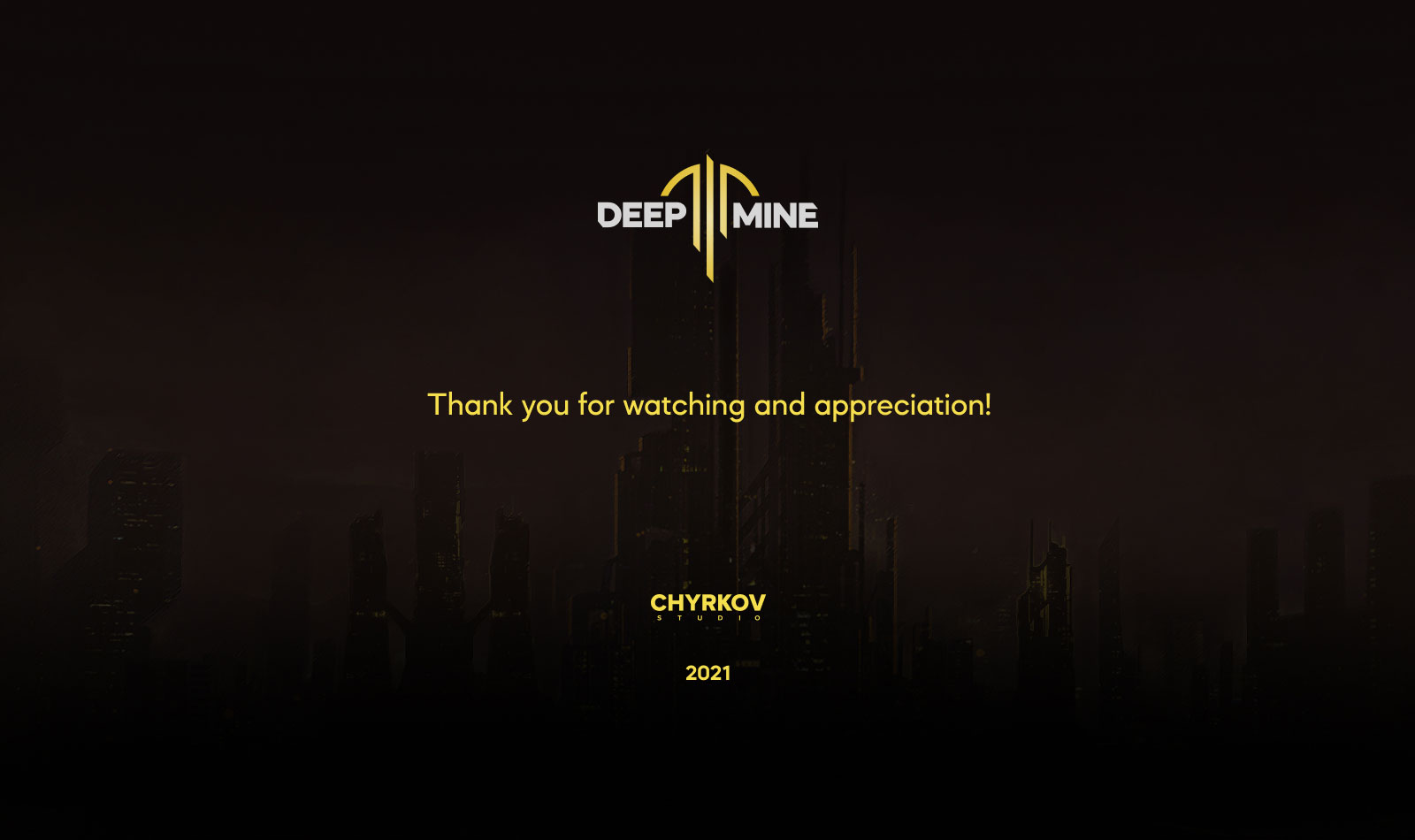